Housed in a historic 1923 Atlantic Coast Line Train depot, the Port o’ Plymouth Museum is charged with the mission of preserving and celebrating the long and unique history of Washington County, North Carolina. Standing in the front and center of the museum’s interpretation is Plymouth’s fascinating Civil War history, which includes the 1864 Battle of Plymouth and the Civil War’s most successful ironclad ship – the CSS Albemarle.

Come learn about this 17,000 troop battle and see our fully operable, to-scale replica of the CSS Albemarle. Rated by the Charlotte-Observer as one of “Top 10 Civil War Sites in the Carolinas”, our museum may be small, but it’s packed with fascinating history. Come see us! 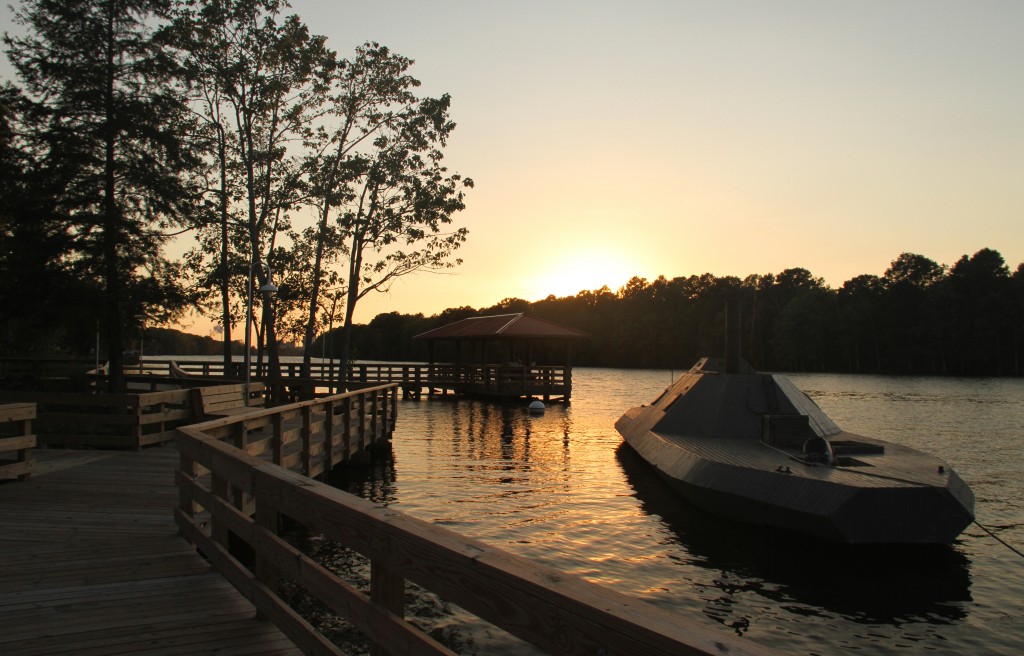 The Albemarle replica sits moored behind the Port o’ Plymouth Museum on the Roanoke River.

We bet you didn’t know that…

…the most successful ironclad of the Civil War was not the Monitor or the Merrimac.  It was none other than the Albemarle, which sunk or damaged more enemy ships than any other ironclad.

…the Battle of Plymouth was the last major victory of the war for the Confederacy.

…the 2005 History Channel documentary “The Most Daring Mission of the Civil War” was filmed on location in Plymouth. The film featured the story of William B. Cushing’s daring torpedo raid that destroyed the seemingly invincible “Rebel Ram” Albemarle.

…Charles Flusser, the commander of the Union Navy during the Battle of Plymouth, was killed by a shot that he fired. The shell ricocheted off the Albemarle’s iron sides and then exploded, killing him instantly.

…there was a great deal of pro-Northern sentiment in eastern North Carolina. In fact, over 5,000 local North Carolinians joined the Union army and navy here in Plymouth.

…there were over 3,000 Black troops raised in Plymouth, some of whom served with the 54th Mass. in the assault on Battery Wagner, later depicted in the motion picture “Glory”.

…The Battle of Plymouth was the third largest Civil War battle fought in North Carolina. 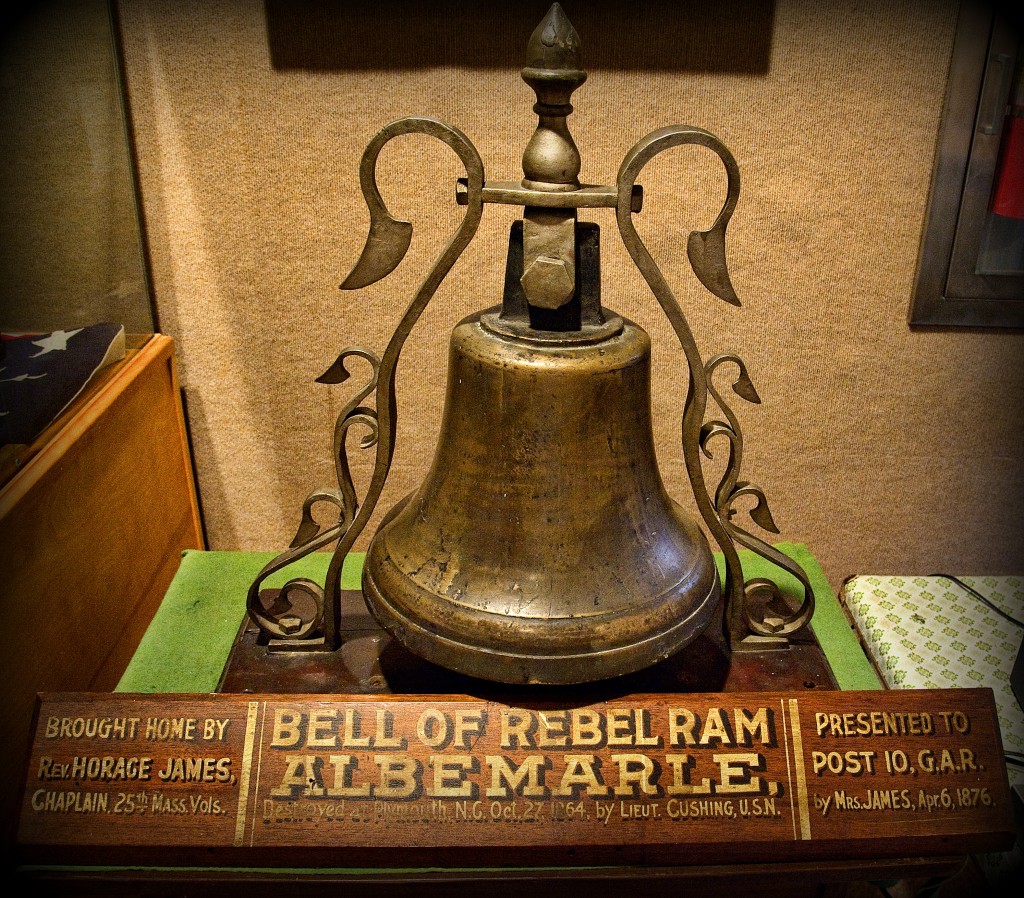 Packing a lot of history into a small space, our Civil War exhibits feature an impressive display of Civil War artifacts, including the largest display of locally-found Civil War artillery pieces in the Carolinas. In our main gallery, you will find cannon balls, bullets, uniform buttons, guns and more.

Other highlight pieces include: the bell from the Albemarle, an original battle-captured Union flag, and a collection of relics retrieved from the submerged deck of the USS Southfield, a Union gunboat which to this day sits on the bottom of the Roanoke River just downstream from the Port o’ Plymouth Museum.

Opened in 1989, the Port o’ Plymouth Museum is owned and operated by the Washington County Historical Society.