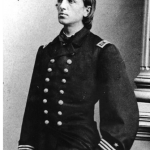 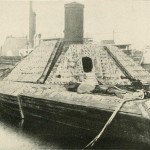 The Albemarle at the Norfolk Naval Yard, 1867 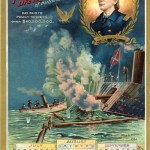 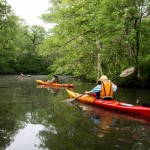 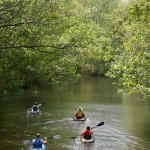 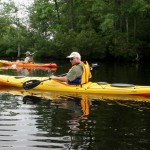 Join the Washington County Historical Society on October 22, 2016, for an exciting fall paddle that commemorates Lt. William Cushing’s successful raid on the CSS Albemarle (October 27 1864) and his subsequent escape in a wooden boat on Conaby Creek.

In 1864, the CSS Albemarle, one of the Confederacy’s most successful ironclads of the Civil War, threatened the Union’s war effort in eastern North Carolina.  It had assisted the Confederate Army in the retaking of Plymouth, N.C., and it had single-handedly fought a major naval battle in the Albemarle Sound against a Union naval squadron.  To eliminate the threat of the Albemarle, Lt. Cushing volunteered to lead a suicide mission against the ironclad.  On the evening of October 27, 1864, Cushing took a small, steam-powered launch up the Roanoke River to Plymouth where he and his crew attacked the Albemarle with a spar torpedo.  After blowing a hole in its haul, Cushing and his men tried to swim to safety.  Cushing, however, was the only one to get away.   Confederate troops immediately started a man-hunt for Cushing.  However, Cushing was able to steal a small wooden boat and paddle down Conaby Creek from Plymouth to the Albemarle Sound where he was reunited with the Union Navy.

This paddle will put in on Conaby Creek close to where Cushing would have begun his journey back to Union lines.  It will end at the N.C. Wildlife ramp near the Highway 45 Bridge about 3.5 miles outside of Plymouth.  Due to distance and time constraints we cannot host a 7+ mile paddle from Plymouth to the Albemarle Sound.

The paddle is $35/person.  Your ticket includes a shuttled transportation service, chase boats, a commemorative t-shirt, a light breakfast, snacks, a catered lunch, and a presentation on the CSS Albemarle and Cushing’s raid.

For more information about the paddle, please visit the www.plymouthpaddles.com or call the museum at 252-793-1377.